Get a FREE Rental Analysis of your property. Start here!

Get a FREE Rental Analysis of your property. Start here! 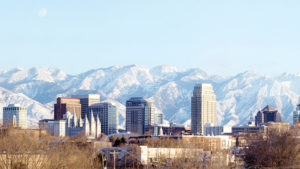 Every year, real estate analysts, experts, and economists release assorted “top hot markets” lists related to housing. These lists should always be taken with a healthy dose of context. As Svenja Gudell, chief economist at Zillow and January’s Think Realty cover story feature says, “Economists, like meteorologists, should be taken with a grain of salt.” The truth of the matter is this: We can forecast the future, but we cannot predict it with certainty. Furthermore, when it comes to hot markets in real estate, most of these lists do not actually cater to the active real estate investor but rather one of two populations: owner-occupants and renter-occupants, or water-cooler analysts and newshounds. Thus, these lists are generally highly entertaining but generally irrelevant in and of themselves to a truly active, invested portfolio builder.

To fill the gap, Think Realty Magazine has compiled a list of hot markets for real estate investors in 2018. These markets share a number of attributes, which we’ll itemize below, but you will notice that they run the gamut in terms of size, home

values, and demographics. What they do have in common is that we believe they are well-positioned to not only support active real estate investors engaged in deliberate, knowledgeable investment strategies, but also to offer a low enough barrier to entry to relatively new investors that the market is not exclusionary of new and beginning investors.

To that end, our five hot markets offer a compelling combination of following attributes:

Note: Not all markets on our list meet all criteria, but they do meet a compelling number of these requisites.

Salt Lake City has a relatively small population, access to an international airport, well-developed public transit, and sits in the crossroads of major highways, making it well-positioned to grow and support a growing suburban population.

Tight inventory and rising rents could make market entry with a fix-and-flip or wholesaling strategy challenging but building a single-family or multifamily rental portfolio is an affordable, and likely profitable, cash-flowing option. 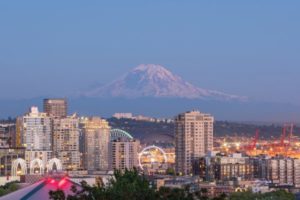 In Seattle, the real estate game is great – if you can get in. Craig Macken, CEO of Rainier Home Buyers and Seattle native, reported his company is generally simply flipping properties to other investors rather than renovating them. “We can only flip so many homes at once, so this strategy helps reduce our risk footprint,” he said. Macken added that Rainier has increased online, and direct mail marketing spends to find off-market deals. Investors hoping to take advantage of long-term returns by owning Airbnb properties or rental properties will likely have the best chance at entry by obtaining off-market deals at a discount, then updating them. 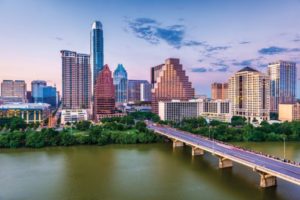 Given Dell, IBM, Apple, AT&T, Samsung, and National Instruments all have significant presence in Austin as well as a number of colleges, universities, and healthcare providers, the local economy is well-positioned to continue growing without creating a housing bubble and, thanks to that new development in Q3, concerns about overvaluation may be diminishing. Texas is an extremely investor-friendly state and offers more room than most when it comes to sheer square mileage in which a metro area might expand, making areas surrounding the Austin metro potentially prime areas for market entry as well. However, be alert to shifts in investment trends since hot markets often change course quickly. While both retail sales and long-term buy-and-hold strategies are presently yielding good returns….. Read the full article here

Visit our Education Center and Video Library for more tips, tools, and resources.

Is your current Salt Lake city rental on track for your retirement goals?

Investors, Now is the time to buy! Find out why

We are pledged to the letter and spirit of U.S. policy for the achievement of equal housing opportunity throughout the Nation. See Equal Housing Opportunity Statement for more information.

Please fill out this form and we will direct your message to the appropriate person.